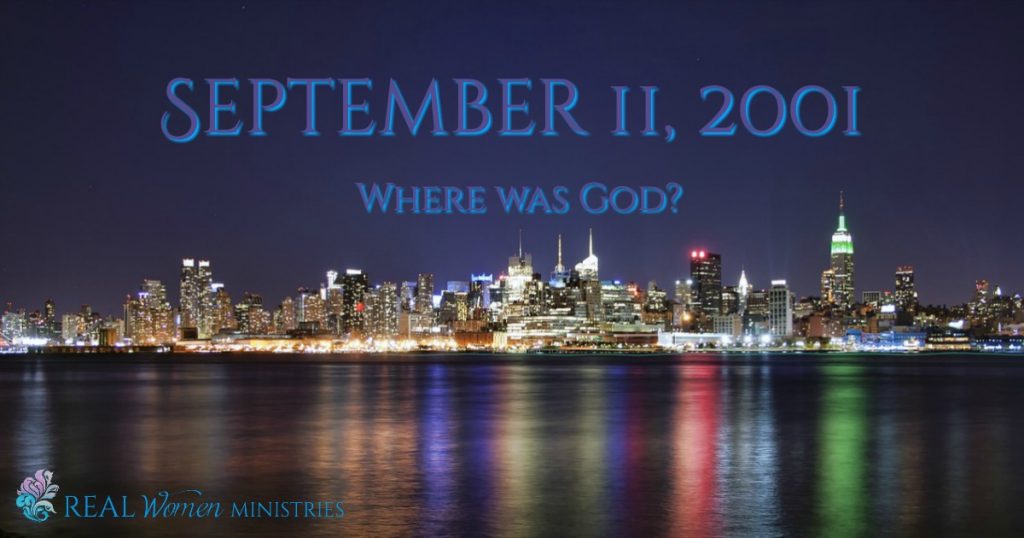 On the eve of the anniversary of September 11th I sit reflecting on a country still trying to understand the tragic events.

Families are reminded of the heartbreak as horrific images invade their home through media reports disguised as memorial tributes.

Even those of us who did not lose a loved one can not help but think of where we were and how we held our children closer that day – as we watched the country we love struggle against an unknown enemy.

September 11, 2001 started for us with a phone call proclaiming, “Pastor, America has been attacked. They are bombing New York City”.  My bi-vocational husband, already dressed in his military uniform, ready to report for routine duty, hugged me tight and left without knowledge of when he would return or how he may be asked to defend our country.

Alone with two small children, I sat watching those live images in shock & sorrow as my babies climbed into my lap. One too young to understand anything other than mama needed snuggles. The other, old enough to understand her daddy’s job was to protect us, asked if the bad guys were coming to our house. What about her school? Her friends?

In the unknown early hours of the west coast, many frightened, lonely military wives decided to keep their children home—I was no exception.

I watched in sadness as many people stepped off the ledge from the torment of scorching fire, smoke and heat into the cool, freshness of air to breath in just a few moments of falling freedom before their end.

I wept. I prayed—no, I cried out loud to God every time another face stepped out. And I wondered if God was weeping with us.

Years later our country still cries for the citizens we lost, we shake our fists at our enemies and declare we will exact revenge. Some still wonder—where was God the morning of September 11, 2001?

God was where He has always been—

You see, September 11, 2001 wasn’t about some inconsistent flaw in God’s character because God is good and does good. Rather, it was about the sinful nature of man.

Bad things happen to good people because we live in this imperfect world. I don’t understand it. He is God and I am not. He is in control and I am not.

Sometimes God intervenes in a supernatural way. Sometimes He uses other people or circumstances to change the outcome. And sometimes He gives us a way out of this sinful world because we have endured long enough. Whatever He chooses to do, it is His plan.

I may not understand, but I chose to believe that His plans are for our good and to give us a hopeful future (Jeremiah 29:11).

The next time we face the hardest of times, when life collapses in on us and darkness surrounds us, whether individually or as a nation, we can have peace that surpasses our understanding (Philippians 4:7), having no fear because He is with us giving us strength and help (Isaiah 41:10).

We can trust in Him because He does not change (Malachi 3:6) and will be the same forever (Hebrews 13:8).

“The Lord bless you and keep you;

the Lord make his face to shine upon you and be gracious to you;

the Lord lift up his countenance upon you and give you peace.”

Share this:
September 11, 2001 wasn’t about some inconsistent flaw in God’s character. Rather, it was about the sinful nature of man.