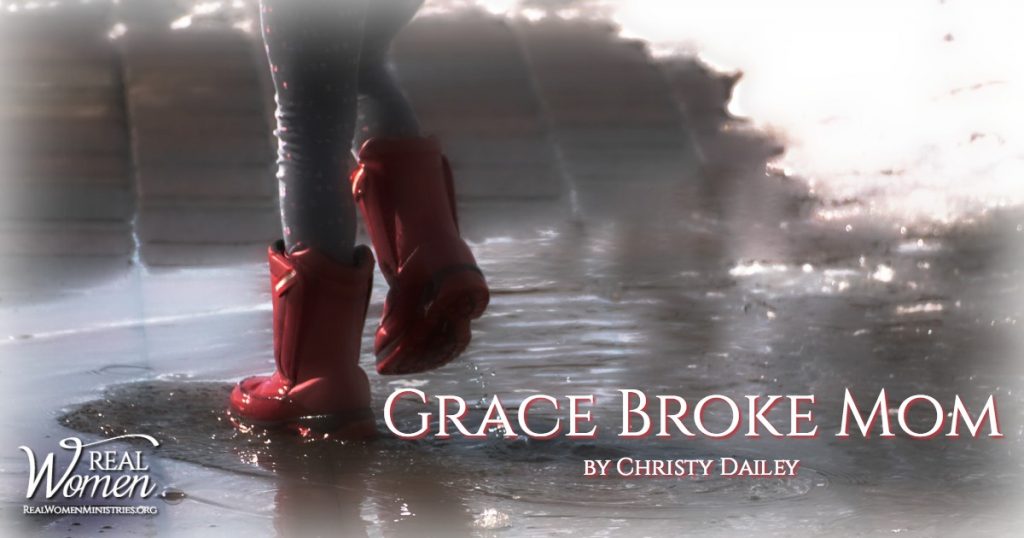 I am often asked what the meaning is behind “Grace Broke Mom”. I wish I had a simple answer. I should probably work on that “elevator pitch”. The problem is that it means so much and it is all so important to the birth story of this simple little blog that I have grown to love so dearly. If I really had to break it down, I suppose it would be a 2-fold answer:

I have 5 kids. The last one, Baby Grace, broke me. And as I lived broken, His undeserved grace broke me again.

I am not a mom who is very naturally gifted at “mom-ing”. I come with a heap of baggage and insecurities and usually camp more on the pessimistic side of my realist personality. I wanted 4 kids. I did NOT want 5 kids. And yes, I am aware of how that sounds. After trying for 2 years to conceive baby #4, we were ecstatic when we discovered she would be coming. We declared God’s perfect timing and relished in His bigger plan and praised Him for adding to our family in exactly the way He saw fit to do.

But after dealing with a year of severe back pain due to being rear-ended while at a stoplight, finding out I was pregnant with #5 did not bring about the same overflow of praise. Immediately, it brought about an overflow of expletives and confusion and a whole bunch of fear. 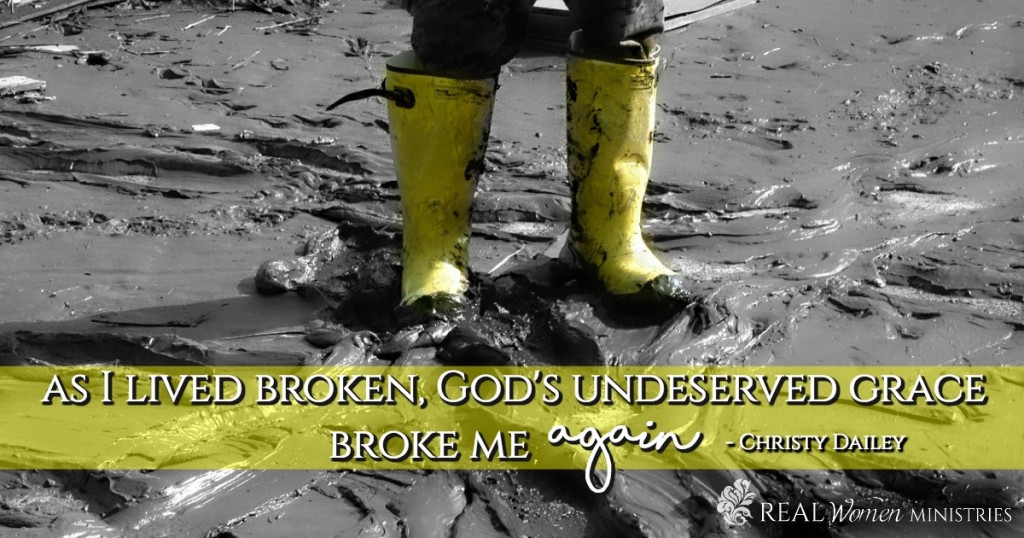 It took a lot to combat the feelings and thoughts that plagued me during the majority of my pregnancy. I don’t know if I did a very good job. And in hindsight, I wonder if I was really dealing with Antepartum Depression, but I didn’t even know that was a thing. All I knew was that these feelings were not how a good mom feels about the baby in her belly. These feelings were not in line with what I believe to be true about the character of God.

And as the months dragged on, I found myself wishing I had a better answer when my support system would ask me how I was progressing. Usually, the answer was, “I’m mostly not”, but the guilt of that reality was more than I could bare. I fought for growth. I fought for healing. I fought to not let the depth of my agony become my truth.

I am not naturally gifted at 'mom-ing'. I come with a heap of baggage & insecurities Click To Tweet

Of course, God is faithful and in His goodness and grace, He taught me so much in that season. He revealed to me many deeply-rooted lies and fears that I had believed for years about my abilities (or lack thereof) as a mom. I was terrified of raising daughters who would become “just like me” because I truly believed that would be the worst thing for them. I have never been a big fan of myself.

But God, in His piercing kindness, spoke to me about my extreme lack of faith and devastating distrust, my disbelief in His goodness and my pride in believing that I knew better than He and that by Him choosing to give me 3 girls to parent He was essentially making a huge mistake.

It sounds bad, and it was certainly heavy as I felt the weight of my sin, but I have never felt such an immediate freedom. He revealed my darkness and pulled me out as I wept on my bathroom floor. The heartbreak of realizing what truth I had exchanged for these lies literally made me sick. But even as I lay there weeping, His tender voice spoke life and joy and He brought me to my feet with the freedom to “go and sin no more.”

Baby Grace was born just a couple of weeks later and was welcomed with more love and celebration than I ever could have imagined possible. We were all so happy to have her. Her full name means “Day of the Lord’s Grace”. It still brings me to tears.

But it wasn’t long before I realized that I was not in a good way. I was in a deep battle with Postpartum depression…

Christy Dailey – Mother to 5 kids ages 13, 11, 8, 4, and 1. She has been married to her high school sweetheart for 14 years. Originally from the beautiful central coast of California, their family now resides in the beautiful desert of Phoenix, AZ where they serve at Redemption Church. Christy writes at Grace Broke Mom.

Grace Broke Mom is a story of learning to see our imperfections as opportunities for grace. It’s a place where we can be honest about our struggles as parents, and as women (though men have plenty to glean!) and realize that we have no one to impress, nothing to prove, and that we are right where we need to be to experience the irresistible grace of a great, great God, who empowers us with everything we need to dance in hope through the growing pains.

You can find Christy online:

Share this:
I am not naturally gifted at “mom-ing". I come with a heap of baggage & insecurities. As I lived broken, God's undeserving grace broke me again.

“Return to your home, and declare how much God h

Do you struggle with your personality? Are you won

What is your story? What can you share with others

And Jesus came and said to them, “All authority

One of the biggest hindrances to reading the Bible

Did you know in a recent survey, the majority of p

Ever wonder what the Bible has to say about sharin